Ratings and Reviews Questions and Answers 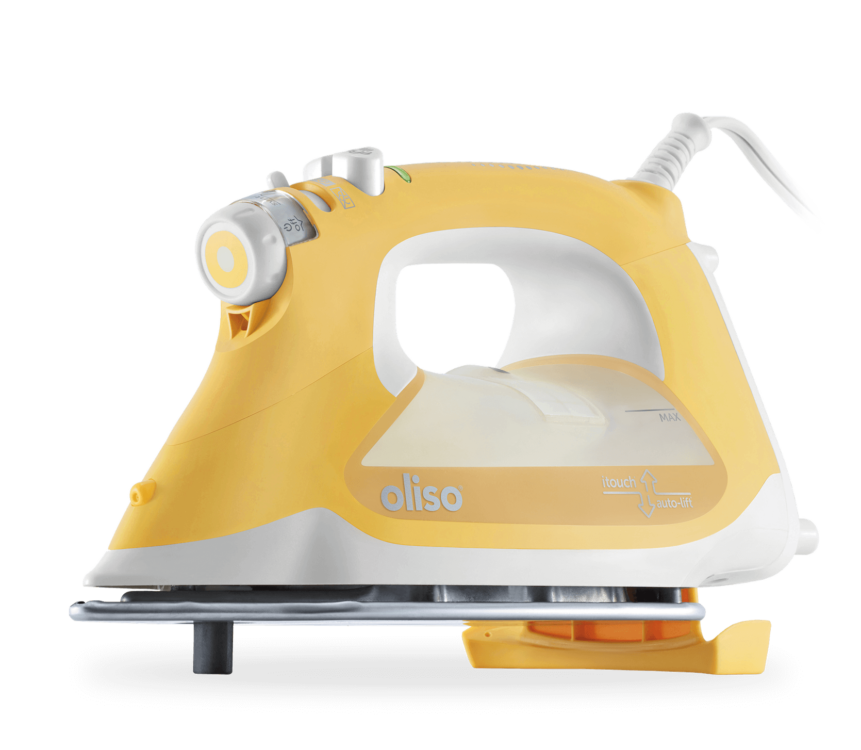 Increase awareness and sales, while showcasing the innovation and value to consumers and in the retail channel.

Redesign products based on consumer preferences and share the positive consumer sentiment with retailers.

An increase in retail sales and coverage and a growing group of passionate customer advocates.

Oliso has driven more than 40,000 reviews across retail sites the Bazaarvoice Network

The best inventions come from individuals who identify a common consumer need and develop a product to solve their issues—and there’s no better way to understand their frustrations than by observing them in action.

Oliso, maker of smart irons and other smart home appliances, succeeds in designing products consumers love by observing and listening to customers and using their opinions to inform product innovation and improvements.

Ehsan Alipour, Oliso’s founder, wanted to take the angst out of ironing by removing the irritating need of constantly lifting the iron and the danger of it falling off the ironing board. Alipour reacted by creating the first and only self-levitating iron, capable of lifting and lowering itself automatically just by a simple touch, making ironing safer and ergonomic. Though a couple retailers began carrying the irons, sales numbers did not reach Alipour’s expectations.

He realized he had initially missed a big step, said Kyle Koenig, Director of Business Development at Oliso. The autolift was such a new concept that it was impossible to communicate through packaging, people needed to touch it and believe it.

Alipour responded by showing off the irons and soliciting opinions at quilting events, where he found his extreme users. Attendees loved his invention and began educating him on how the irons could be further specialized for quilters and sewers, including adding longer power cords, higher wattage, and other improvement suggestions.

Alipour introduced a new model based on the consumer feedback, and customers immediately raved about the new version. As a result, more stores started carrying them, and retail sales skyrocketed. “The company had a rebirth. We now have a cult following in the quilting and sewing community, and people are fanatical about their Oliso irons,” said Koenig.

The success extended online, as Oliso now uses Bazaarvoice Ratings & Reviews and Questions & Answers to listen to customers, engage with them, and use their reviews and questions to inform product decisions.

As we continued thinking about ways to do this company justice, we knew reviews would come into play. With so many people reading reviews or asking questions before purchasing, getting that content on our site became a major initiative, said Koenig.

The company uses the platform to connect with consumers by responding to all 3-star and below reviews with personalized responses.

Our customers are passionate and super vocal. They share with one another and want what others are talking about, so it’s become a priority to make sure these people know their voices are heard. We’re hands-on with this daily, including monitoring all reviews and questions in the dashboard, an we’re always taking steps to address issues, said Koenig.

All this online engagement and overall customer-centric innovation is driving significant sales value and proving to be significant in the company’s turn-around.

The reviews gathered by the brand are distributed across the Bazaarvoice Network of more than 6,000 brand and retail sites, and the company now has more than 40,000 in-channel reviews at 18 retailers.

The results are amazing so far at our retailers. We used to sell a couple irons a week and now sell dozens a day at one retailer since launching with Bazaarvoice. We’re up $40,000 at that store in just weeks, which is a lot of money for a small company. Retailers are taking notice, as more and more are carrying our products, said Koenig.

Time Magazine recognized the iron as one of the Best Inventions of the Year, and Alipour credits much of his success to practicing user-based design which he studied at Stanford University.

This is an American dream story, said Koenig.

Oliso has driven more than 40,000 reviews across retail sites the Bazaarvoice Network

Oliso is a San Francisco-based designer and manufacturer of smart home appliances, including irons, vacuum sealers, and cooking appliances.

We’re up $40,000 at that store in just weeks, which is a lot of money for a small company. Retailers are taking notice, as more and more are carrying our products.

Discover how the furniture and décor company partnered with Bazaarvoice to create an omnichannel user-generated content strategy online and in-store.

See how Oak Furnitureland’s increased use of user-generated content has improved metrics and bolstered the brand’s promise of authenticity.

Discover how Andi-Co’s UGC program built trust with shoppers and contributed to the company’s biggest year ever.